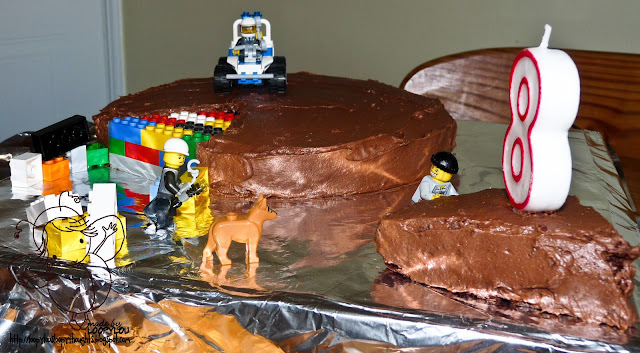 Hiyah Peeps!!
yup, its me limping in for a bloggy post! I have been so busy this week with one thing and another that I have neglected you all!!!

So tomorrow is the little guy's birthday...(I am actually in denial because I just can't believe that he got to 8 years old already....) but with the birthday looming it was time for mummy to get her finger out and get cooking!!!

Anyone who knows Mo will know he LOVES lego so I just had to do him a lego related cake.  We asked him what flavour cake he wanted ( mummy was hoping for him to want vanilla so she could cheat and use ready made icing but noooooo....!) but he wanted squishy chocolate covered cake ( in Mo code thats a chocolate cake covered with chocolate buttercream!) so there was no way for me to hide my dodgy buttercream icing skills!!! but I think it looks really cute!

I decided I needed a burglar theme as my Aunty Sally bought Mo 2 emergency services lego sets when she came to visit and Mo absolutely adores them, he plays with them all the time so I bought a little thief and police set with the idea of having a thief steal the slice of cake!! he he he!! I love this!!!! 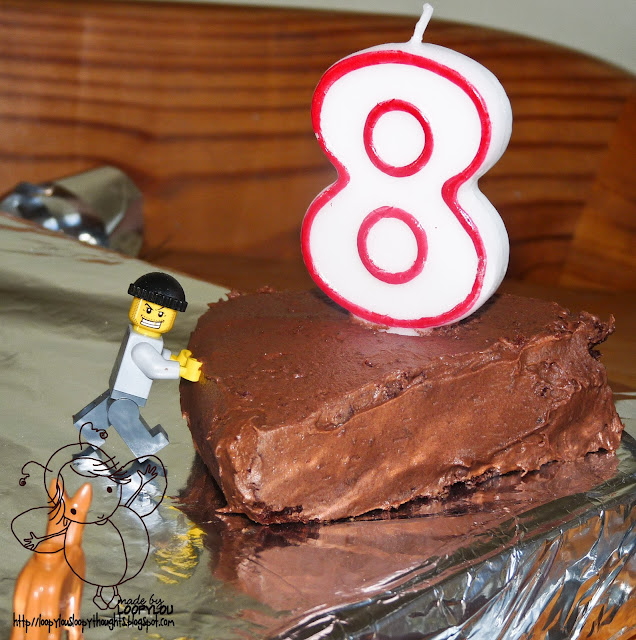 and here's the hole that cheeky little guy made before he ran off with the slice of cake... 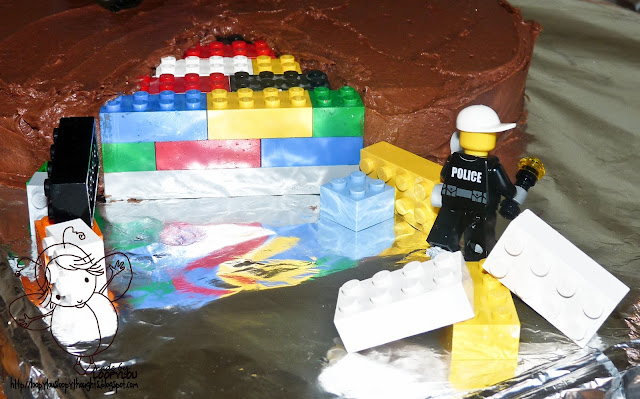 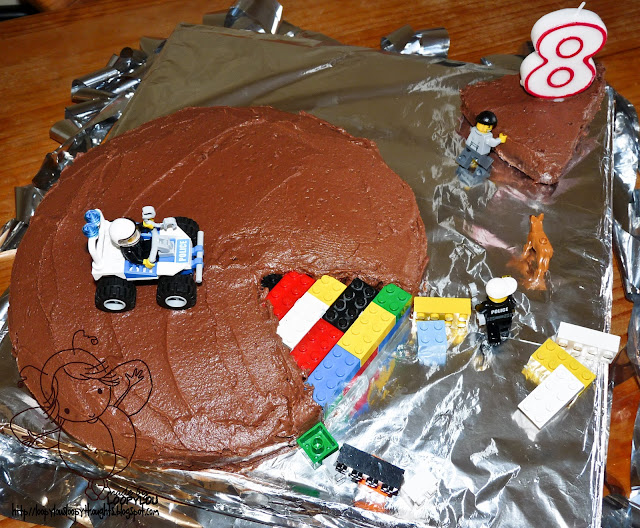 he he he he!!! Mo loves it!! the best thing is I have been busy this week making a few cakes and cake pops for friends and he didn't actually realise this cake was his until we told him a few minutes ago! he was so excited. And I was so super happy to cheer the little guy up because this is him today.....

Yup! Mo is sick....again!!!...Do you know out of all of his birthdays this little guy has been sick for 7 of them!!! We have super rested him today so we hope he will be a bit better tomorrow, his biggest worry was that he couldn't go to a football party :( poor dude :( but the super gorgeous lovely mummy from the party sent him a little selection box and that cheered him up a lot!

Right, must dash as I need to get some pictures printed out for work tonight as the children want to make their christmas cards and a birthday card each for their mum. I took some photographs of them a few weeks ago so we are all good to go! just need card and glue!!!

Thank you for popping in on me,
Huge hugs Lou xxxx
Posted by Loopylou. at 15:12 9 comments: