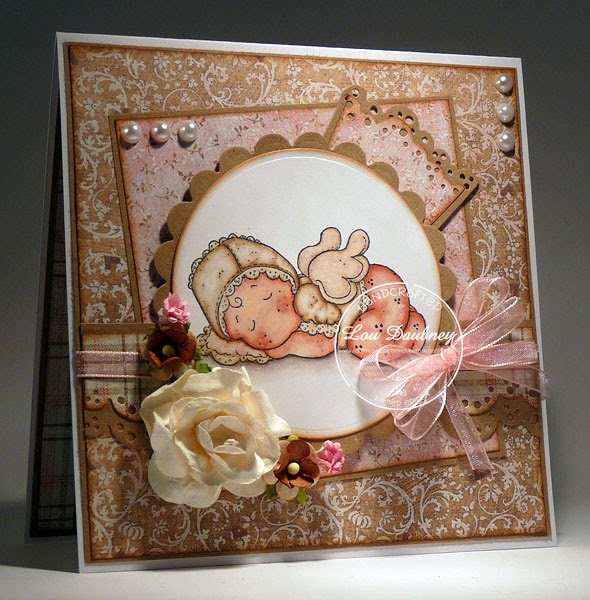 Its time for a new challenge over on the Divas by design challenge blog and this week its a theme...

Bundle of Joy
so think babies and cuteness!!

I was so ready to chill out and colour last night, yesterday was tough on me!! lol!! Mo took a huge tumble down the stairs and hurt himself, leaving a big hole in the wall with his head....again.......and then he had to go have some big blood tests done at the hospital but he was so brave and the nurses were absolutely awesome. They could see he was worried and agitated as soon as he arrived so they used a freezing spray to get his bloods right away rather than pop magic cream on and make him worry for 45 mins while it numbed. They also said he must be double jointed like me because of the angle they had his arm held at so he couldn't see the process!!! lol!!!

So a little bit of magnolia cuteness was very much the tonic..oh and catching up with GOT too!! lol!!

Have a fabulous day everyone
huge hugs Lou xx 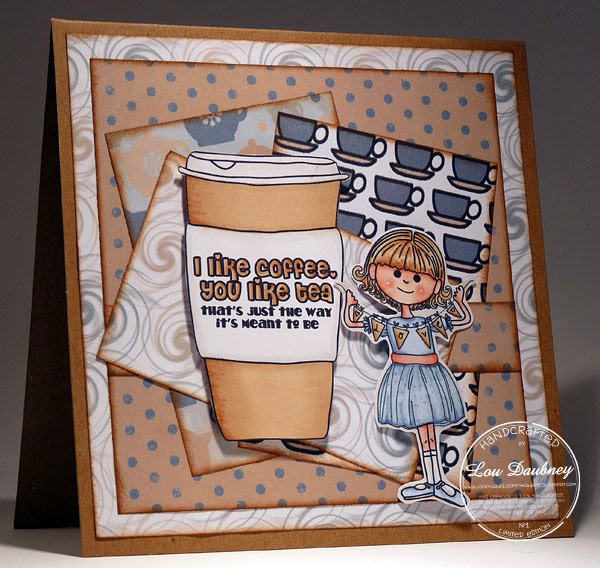 This is my first post of the day! I will be back in a little while with my Divas by Design post challenge post, its a cutie so don't miss it!! he he he!!

Its my turn to post over on the Get Funky and Craft inspiration blog today and I chose my uber cute coffee cup, I love these!!

I coloured up my coffee cup and georgie using my promarkers and then it was time to layer up some yummy papers to foam pop them out on!!

Georgie bunting will be in the shop soon, she has actually been waiting in the wings for around 3 months now but she is too cute not to share a squidge of!! I don't mind facing the wrath of the Da Boss for a sneak peek for you all!!! he he he!!!