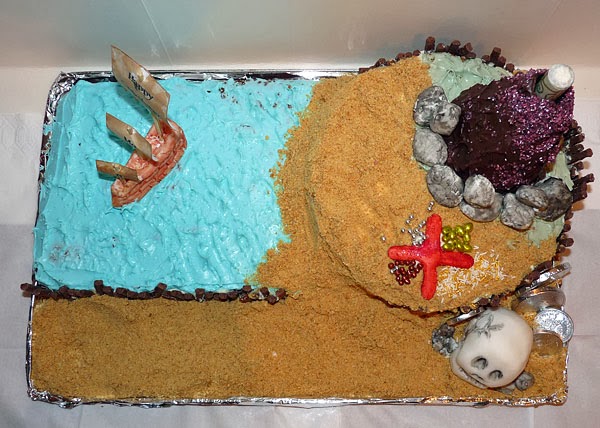 so its that time of year again and Mo is actually having a party tomorrow!!!...yes a party!! a real one! with 7 friends and hopefully 3 cousins!! We are still in shock that he asked for one!! (he is cheating a squidge though as he chose to have a movie party at my brothers cinema!!)
He has chosen 'The Muppets Christmas Carol' for his film because he has been doing victorians at school and its one of his absolute fav films too! got to admit I absolutely LOVE that film so I was super happy he chose it.
He put his party bags together with daddy this morning and mummy got busy on this cake. Its so cute, I love it. I worried about it being pants all day but it came together so nicely. Scott helped me to stick the matchstick choccies around the edges which was lovely...and he tested them to make sure they were ok.....!!!! 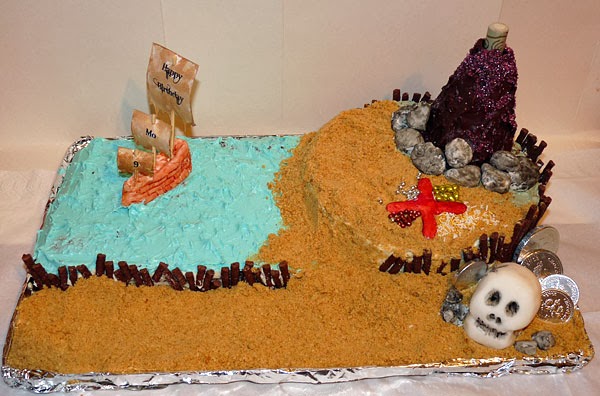 I LOVE LOVE LOVE the hollow choccy volcano!! its so cool!! it has an ice fountain candle inside it!!! soooo coool!! I can't wait to light it tomorrow!!!
And do you like my sand?!! he he he he!! I made that using digestive biscuits!!!! the ship, cross, rocks and skull are all made out of ready roll icing and painted up with distress inks!! he he he!!! I added some little choccie coins and treasure sprinkles in there too!
Mo was really happy with it! I called him in to look at it and he loved it.....  then he says..I got a pirate joke! "mummy, where do pirates hate to be kicked?.....in their arrssse"....sigh......... 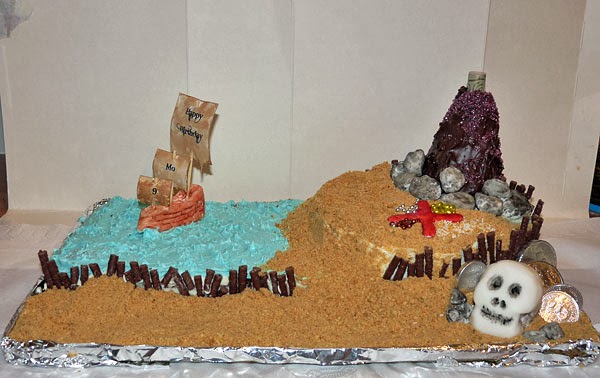 Well, that's all from me today folks!! we are going to have a bath, have tea and then snuggle up on the settee to watch Percy Jackson Sea of Monsters.
Thank you for popping in on me
huge hugs Lou xxxx
Posted by Loopylou. at 16:17 4 comments: