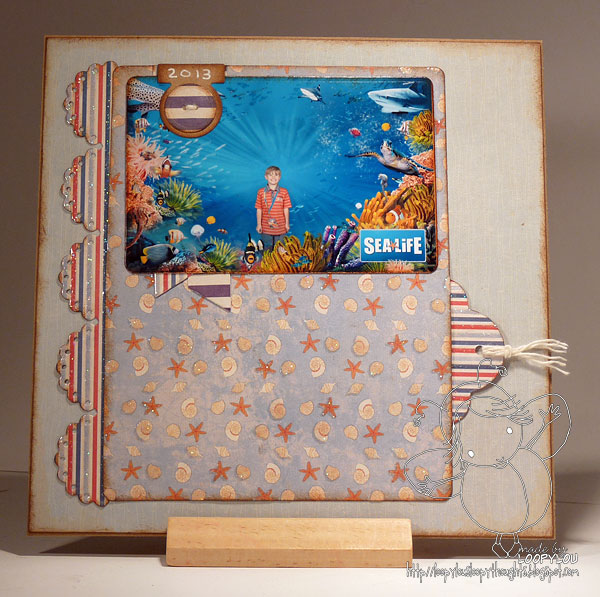 I bet you thought I had disappeared!!! we have actually been away for a couple of days for a surprise mini break for Mo! we took him to Legoland and Chessington world of adventures and it was fabulous! he didn't realise what we were doing at all! it was awesome. its those moments as parents that Scott and I live for.

So half way through our minibreak fun I got an awesome treat!!! I got to go pop in on my DTDF Boss Tracy at her house! oh I so wish I could of stayed longer but we were on our way to the chessington resort hotel and had dinner reservations for 6:30pm so we couldn't stay too long. I did however get to pick up my yummy new Dienamics Blueprints 6 die set which had just come in that morning.....squeeeeeeee!!!

So this morning I got chanceto have a play with it and a photo of Mo from the sealife centre ( omg he loves the sealife centre and zoo's, he is obsessed! his fav fish ever is a manta ray because he loves their smiley faces!!! he will stand for ages watching the float past the glass and in the tunnel so he can see the smiles!!!)

This is the best die set ever for little scrap pages. It just makes a gorgeous layout and the tag is fabulous for some journalling. I haven't written on it yet because I don't want to torture you all with my ick handwriting but I did pop the year on the little button tag on the top piccy!!! 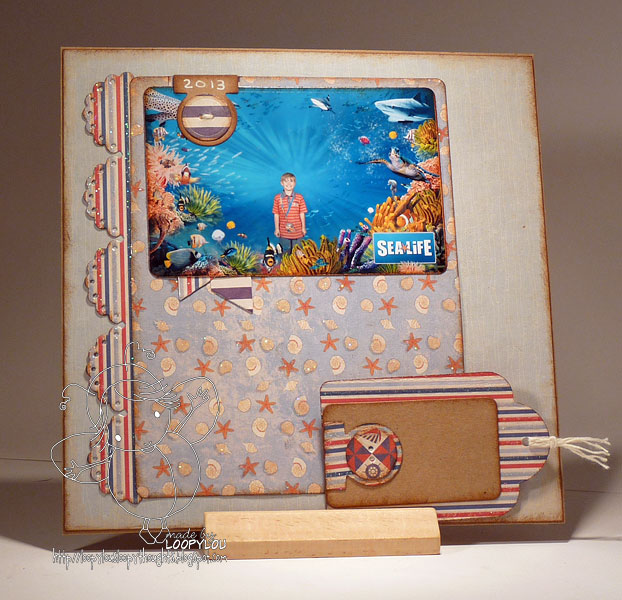 The papers were just perfect too so keep your eye out for those going into the shop! they are double sided gorgeousness!!!!

We had the best cople of days away though there was a little trauma yesterday morning when we took Mo on the Dragons Fury ride at chessington :( the poor little guy was so frightened :( and I must admit I did not enjoy it one little bit either and I am a rollercoaster chick, but the twisting around was way too much for me so I know where the little guy was coming from, ooodles of snuggling later he was OK again and was very excited to see moshi monsters in the park. He was been brave enough to go have his photo taken with a few of them which is huge for Mo as he just doesn't do things like that but he loves Moshi's so that was fabulous and he did a puzzle hunt and won 800 moshi rocks and a moshi lanyard so that made his day!!! 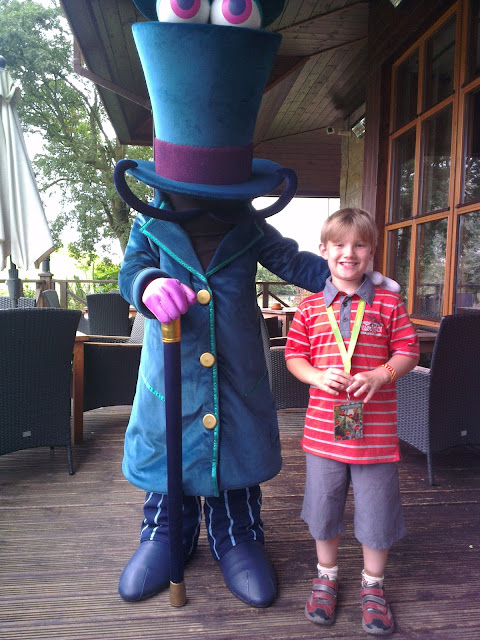 this ones a bit blurry but he was sooooo excited!! 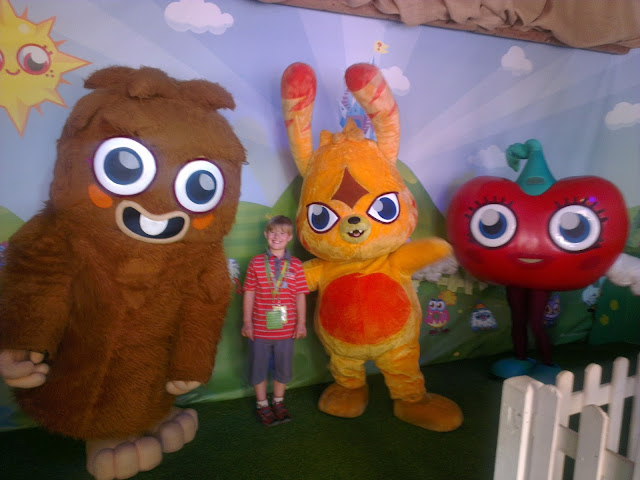